Farmlands and wetlands of Barahona – Alpanseque 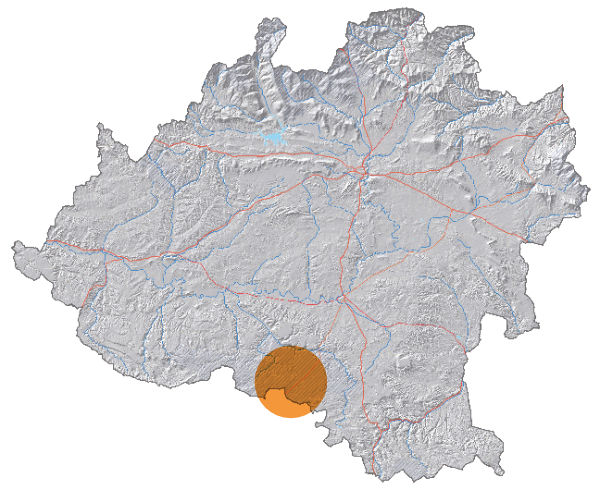 Location and access: A 55 Km. in the SE of Soria, It accessed from Soria by road from Madrid A-11 to Almazán, where CL-101 is taken up local to Barahona. From Madrid, the old road from Jadraque also allow easy access, both Barahona as Alpanseque.

Status: The entire space is within the ZEPA "Altos de Barahona". Two lakes appear in the list of wetlands of special interest in Castilla y León: Laguna del Ojo (SO-19) and the Laguna del Sauco -called in the catalog Laguna Cerrada- (SO-18).

Visit duration: From 2 to 3 hours to see it completely, but you can invest the time it want it is very accessible.

Time of visit: Important to know if the winter-spring has been heavy rains. If so, since the end of January is interesting to visit, elongating it until late spring. From July to October is the possibility interesting to see flocks of Great bustard and Little bustard.

Comments: It's a windy area, something to consider in days when the weather phenomenon is expected. 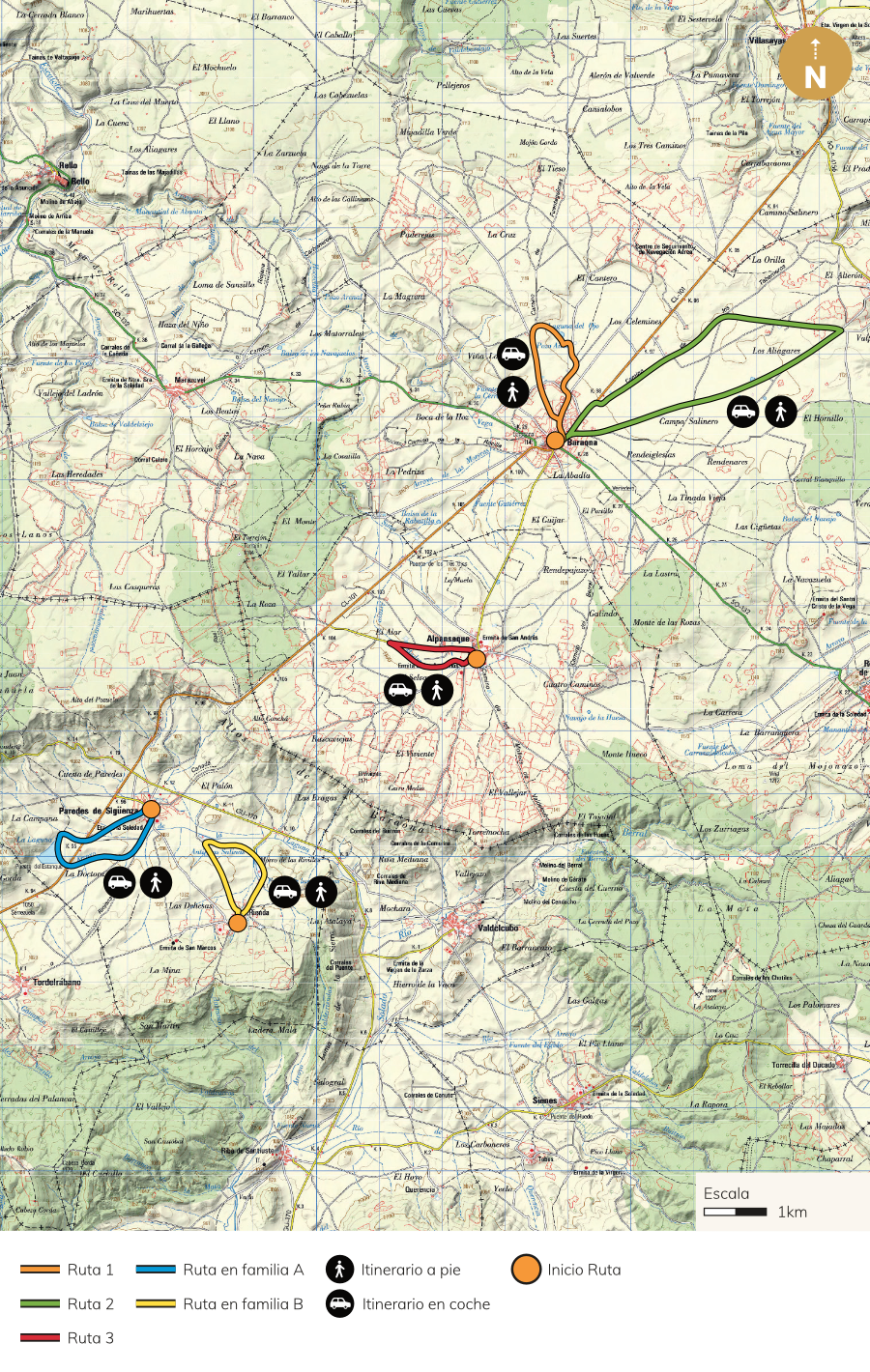 Although names the SPAs and this is characterized by surfaces where bad lands scrub view Dupont's lark, these large areas around both towns are characterized as areas dedicated to the cultivation of cereal has long accused and character endorheic, hence remaining gaps and many other ponds, "navajos" called here.

These small gaps are not signposted so should be consulted mapping, they seem like little blue spots on the map.

1 A first itinerary should start of Laguna del Ojo, which has suffered some interventions vegetation removal and deepening of his hole. Despite its name, there not a permanent spring being, like the rest, endorheic origin.

In grasslands that stretch around is convenient to watch, as well as the gap formed in good years between the lagoon and the county road.

2 A second lagoon and more important for its extension, it is formed between the road and the path to Pinilla del Olmo. In very wet years it can be considered a lagoon ideal for watching waterfowl.

3 A tour will take us to Alpanseque to visit two small navajos near the town, but is more interested Arroyo Madre, downstream of the village.

A Laguna de Madrigal. Just five kilometers from the provincial boundary, once past the village of Paredes de Sigüenza, is the laguna de Madrigal. A permanent lagoon waters, covered mostly by abundant coverage reed. Located just hundred meters from the road, the biggest drawback is that almost no place where you can leave the vehicle with which we access.

It is the largest lagoon in the area with a 7 hectares. It has established a colony Grey heron, but there are so permanent Eurasian coot, Little grebe, Mallards, Western marsh harrier…

B Salinas de Rienda. Also located near Paredes de Sigüenza found these old saltworks still pretty well preserved structures. very accessible, it becomes a very interesting point to see some rare species in these lands which is reproduced as Black winged stilt and the Little ringed plover, but also many common as Yellow wagtail, the Corn bunting and the Zitting cisticola, good reaching densities. Most favorable time for visit, spring, although conserve water the whole year may give some surprise at any time.

Common crane. The spring migration of this species has a stop in the fields around the Laguna del Ojo, we insist, if these are water. Since the mid February until early March scale here can make good sides. In the autumn migration possibilities to observe Common crane usually much lower because usually found almost dry fields and wetlands, in the absence of rains in the summer.

Northern lapwing / European Golden plover and other family. Many hundreds of Northern lapwing they can be observed, from late February and throughout the month of March. Again pastures and fields found around the Laguna de Ojo are the best to watch these sides, mixed, often of both species. It occurs as with Common crane, the passage of the fall is much less relevant, although it can be seen especially in November.

The presence on these ponds and fields for Northern lapwing It is highlighted in the sense that some isolated couple stays all year and try playing this area being, along with the reservoir Monteagudo, the only point of the province where this event has occurred.

In the year 2018 it has been observed for more than two weeks of the month March, a Sociable lapwing, an Asian relative of the Northern lapwing and that, it is a rare species, more and more species are cited wintering in our peninsula. Also in March they have seen with Northern lapwing, some examples of Eurasian dotterel. This species has in this area and in many other fields of wasteland and the southern province, a good place to stop, It is these very specific in March and April and fixed in August-September .

Mallards. Practically, all mallards surface can be observed in these wetlands. The most interesting quotes are those of Garganey appearing on the lagoon "unnamed", from February at the end of April. From May only remain the Mallards they are raising in all gaps, "navajos" and small streams.

Grey heron. The only place where Soria has consisted breeding Grey heron is the Laguna del Ojo, although it is also suspected it has occurred in the laguna del Saúco. These sporadic reproductions Grey heron here are certainly linked to the colony there is a few kilometers, in the laguna del Madrigal and in Guadalajara. The Grey heron They can be seen throughout the year, even in summer.

Other Waterfowl. Spring is very good, again if the year has been lavish in rain. The waders step will be the most visible species. Also many of the common species can be observed here, it is the most abundant Spotted redshank and the Ruff. Since the mid March in the middle of May we will witness this.

In mid-March the representatives of the rallids appear. The three common species –Common moorthen, Water rail and Eurasian coot– raised in these gaps. In the case of Eurasian coot this is one of the points at higher elevations of the country in which it does. Player is also the Western marsh harrier, with 2-3 years couples as they move through all fields. They breed in the laguna del Ojo to the protection of vegetation, although no water lagoon. A common bird migration steps, but not breeding in the area is the White stork. Good sides of storks choose to spend the night church Barahona, in August and September especially.

Great bustard. Since the mid June they begin to see the first Great bustard. They are males of the Madrid population who leave their breeding areas and undertake high and fresh way to areas like this. In recent years there has been a decline in terms of the number of Great bustard who spend the summer in this area without the reasons are known well. Alpanseque was in the early years 90 of the last century the easiest point to see Great bustard. Many remembered that these birds had grown up there in times past not so. Today the best area is in the plain between Barahona and Pinilla de Olmo. Walking the path between the two peoples can see some. Since the mid June until early October.

Little bustard. Also along the road between Barahona and Pinilla del Olmo, in the final weeks of the summer and the beginning of the fall, They could be good sides of Little bustard They are picking up the breeding population of the plains and moors close. Today, in line with the negative trend suffered by this species in Spain, these concentrations have been reduced greatly. In the early 90 They could still see the sides near hundred copies. Today, the largest side is 30 hopefully. 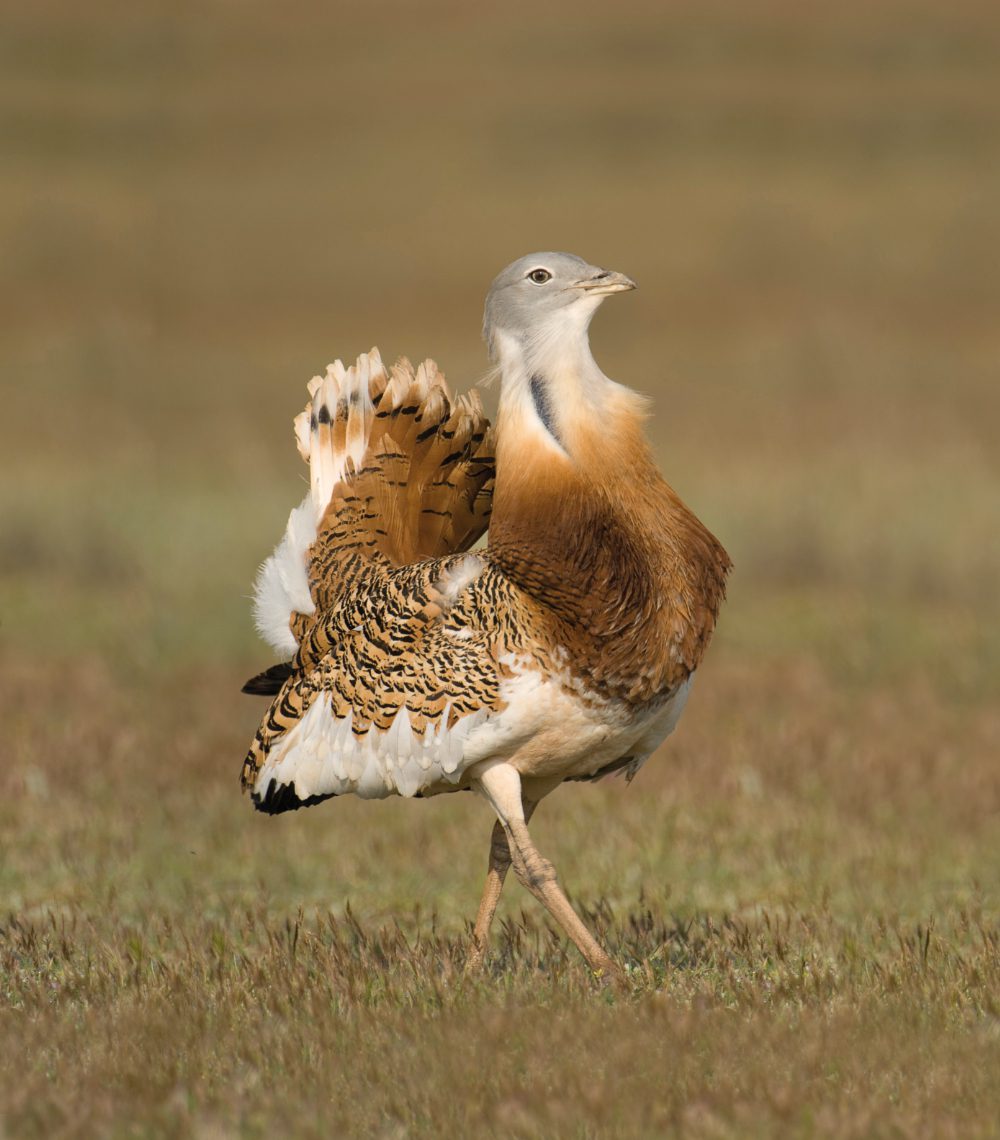