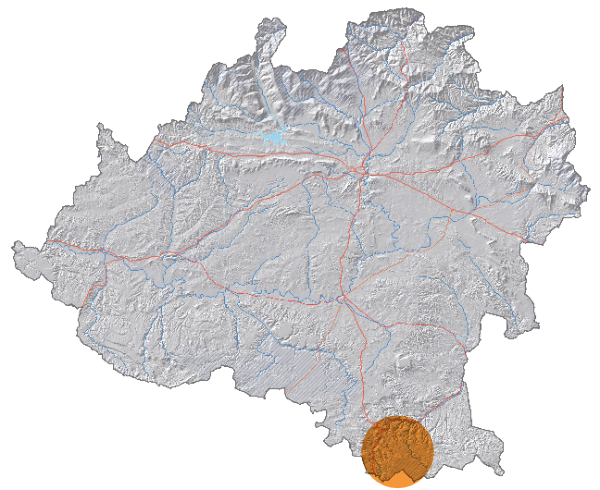 Location and access: Southern province. Soria from the A-15 will be taken up and hence the Medinaceli S0-411 to Layna. From Guadalajara / Madrid, the A-2, Alcolea del Pinar by the N-211 and subsequently, by UG-411 to Layna.

Status: Limited to the west in full to the ZEC and ZEPA Paramo Layna, but outside the same. Inside the microreserve flora of Dehesa de Urex of Medinaceli-Río Blanco is located, SO-004 and paleontological Cerro Pelado.

Means of access: Only with private vehicle or reaching Medinaceli.

Difficulty: Limited. Paths and roads for the most part and low slope.

Visit duration: Variable depending on the routes over which we choose. In 3-4 hours will see the most interesting.

Time of visit: In general terms, spring and, to a lesser extent, summer are the best times to get close to these spaces. In winter observations are greatly reduced.

Comments: The AVE passes the same side of the village of Urex creating a sonic-and visual impact, when the train passes- important. 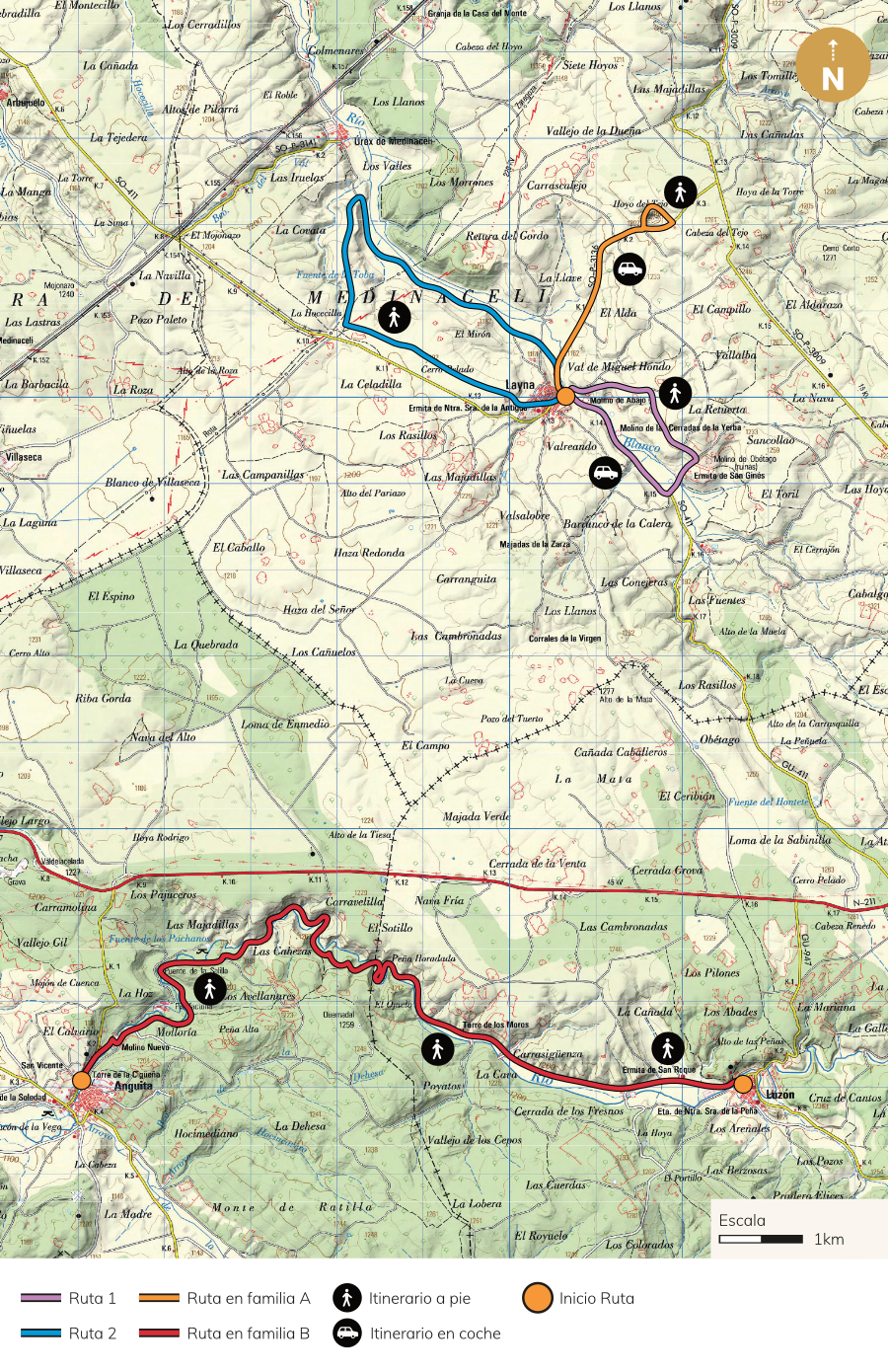 The río Blanco is the largest river in the south of Soria. Born in Guadalajara, in terms of Maranchón or Luzon but it is now in terms of Layna when "Las Fuentes" takes its true birth, as to flow regularly and permanently.

Along its route to Velilla de Medinaceli, the river will incorporate several sources more, the most important or interesting and at the end of Urex. There, to 2 kilometers towards Velilla would find one of the most interesting parts of the tour. Are 14 hectares of pasture-juncal, with a small restocking chopera, ideal habitat for many species of birds.

This is a unique enclave, with a valuable marshy environment located along a winding stretch, relatively well preserved, of the río Blanco with floodplain on both sides of the channel, hygrophilous grasslands consist of Juncaceae and various sedges, where they grow orchids as interesting Dactylorhiza incarnata and platanthera algeriensis -the only known population of orchid in Castilla y León, as well as Orchis palustris and Epipactis palustris. It has a rich background floristic species from both the North and South of the many oddities (many indicators of the good condition of their habitat) as Ophioglossum vulgatum, Sonchus maritimus subsp. aquatilis, Thalictrum flavum subsp. costae, Berula erecta, Senecio carpetanus, Carex rostrata, Carex disticha, etc.

And although the slopes of the valley are quite clear, they are not as much as in other nearby areas, having a good forest in the header oak forests, just next to the sources, and another good oak forest adjacent to Urex de Medinaceli. From the sources to the pasture mentioned there are 10 kilometers. Return can be much. Because, the best would do two different itineraries starting from Layna:

1 To the provincial boundary going down the road and becoming depopulated by Obétago.

2 From Layna along the road to Urex and grassland other. From there, the "Hocecilla" reach the road and wasteland where a path that runs parallel to the road end up back in Layna. We will have spent about the paleontological site of Cerro Pelado, but it just is signposted.

This curious geological formation is the side of the road, immersed in a tree and oak gall vegetation which will permit observation of the typical forest birds here, with the addition of some winter Fieldfare and Redwing, and Goldcrest.

B Hoz de Luzón. In the province of Guadalajara and, but as a good complement to the visit, we can approach the gorge in the limestone moorland created the Tajuña River between Luzon and Anguita. A track along the bottom of gorges it browses the 8 kilometers between the two peoples. Poplar groves, crops, some sectors grasslands and crags, allow ensure good observations with an assortment "classic" species of these highlands.

Raptors as Golden Eagle, Egyptian vulture, Peregrine falcon and Griffon vulture, will take center stage. The most interesting area would be located between the fish farm Anguita and Peña Horadada of Luzón.

In an environment as estepario and, apparently empty for bird watching, the valley of the río Blanco with the presence of water, small woods, grassland and crops, increases the presence of various species.

May It would be the ideal month to make a list of birds more than considerable. If we choose the path of Layna grassland of Urex we have a succession of birds in agricultural environments, forest and moorland for, it is not unusual for example be walking down the road and hear the Dupont's lark they are singing in the upper moor, as long as we start early in the morning.

On clear precisely slopes that fall moor see Spectacled warbler and Dartford warbler, Northern wheatear and Black-eared wheatear and the singing of the Ortolan bunting. Alongside these species, poplar groves and pastures of the river are home to a varied catalog of birds including species such as northern root Song thrush and the Red-backed shrike. Density Yellow wagtail it is notable, next to Cetti's warbler and the Zitting cisticola. In the pasture we can see Water rail, Mallard, Western marsh harrier and the Montagu's harrier. Corn bunting, Common stonechat -and Whinchat in steps- goldfinches, linnets and Woodchat shrike completed our list of observations. The oaks of Urex, the common Chaffinch and the Bonelli's warbler are the dominant species sharing space with European turtledoves and Subalpine warbler and Western orphean warbler which also appear in a number.

The high altitude of the area makes June and early July months are also very suitable for observation. In July there will be nourished family groups almost all species. Around Layna they are particularly bustling with swifts, swallows, House sparrows and Rock sparrow, Common magpies, Collared dove, Spotless starling, Crested lark and Thekla lark. The Western marsh harrier already have chickens fledglings, and the cenizos, Booted eagle, Common buzzard, Common kestrel and Short-toed eagle, will be the most common raptor.

And autumn-winter, you will have a moment of relative calm, especially in the surrounding moor, where many species will disappear. In the transition zones between moorland and forest areas, they will arrive Redwing and Fieldfare, remaining good sides of Rock sparrow and Common chaffinch. On the slopes also if you have been good year of rearing Red-legged partridge, we can see good sides. It will not be strange to see Hen harrier and the Yellow hammer, who come to the valley to also spend the winter. 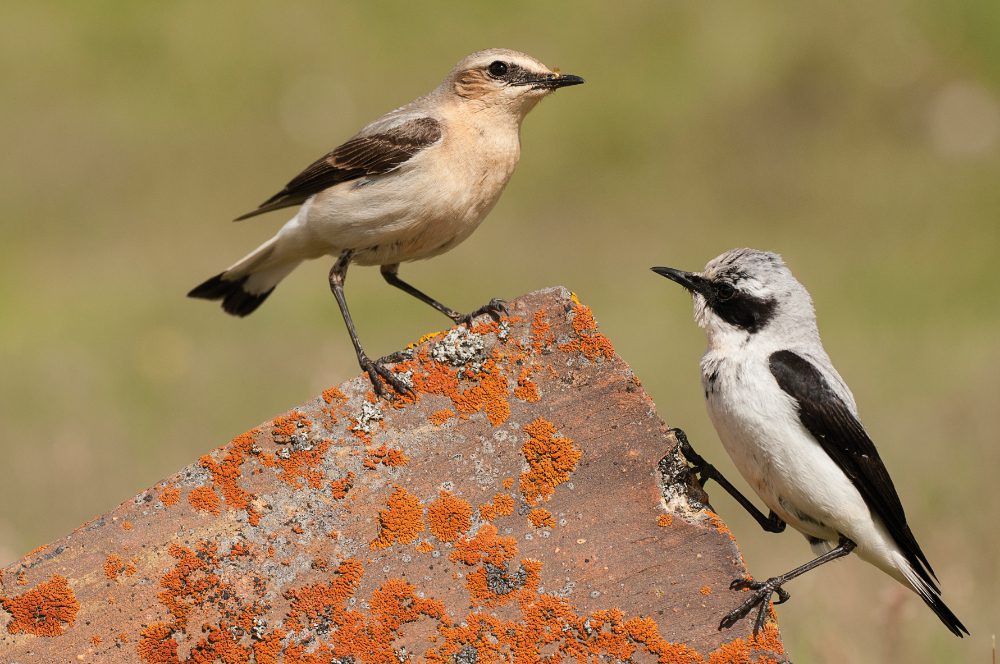